Thanks for visiting Sophia Tallon's blog! We review books, audio books, screenplays, films, web series, plus much more! We also do interviews, spotlights, and guest posts! Please see our Contact/FAQ's page! Make sure you follow us on Bloglovin' or by email! Posts go live daily at 12 a.m. Central Daylight Time.

Today I will be interviewing Jay Plemons! Enjoy, and remember if you ever want to be interviewed Contact Me! 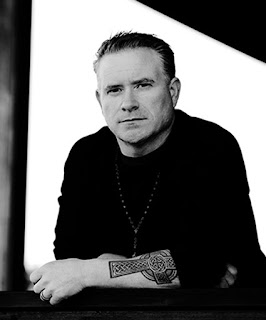 First of all, tell us a little about yourself!
I have a BS in Music business with emphasis in publishing and copyright law, an English degree that I never intended getting, and a music education degree to which I will forever embrace.

I spent a year studying for the LSAT, then decided to attend culinary school, hoping to become an aspiring chef in a five star restaurant, but didn't care for the fourteen hour days in a kitchen. So what did I do? Met my wife in college, got married, and after hearing the news of our first child, I decided to skip the idea of attending law school. It was the best choice I ever made.

I spent my years in Nashville working in the music industry for companies like RCA, Sony, Zomba, and Dreamworks, all of which gave me a bitter taste in my mouth. Aside from working directly with many famous artists, the industry is a tainted cesspool of filth. From Austin, Texas to Nashville, Tennessee, I worked a small time in the film industry, as a PA, extra in a few films, and a various of other uninspiring, uneventful jobs. I dedicated my carpentry skills for a while creating custom fine furniture, manned a press for a print shop, was a studio musician, played drums for a few famous artists, taught high school band for a year, giving IT support for the Texas Legislature, and now an aspiring author. I have no claim to fame, nor do I want any.

I have been fortunate enough to experience many things in my life, some of which were humbling, others fulfilling, and because of that, I've grown to be patient and content. I'm willing to struggle, fail, sacrifice, and fall before I learn to move on from those experiences. I'm not afraid to die, but willing to live as long as I'm able. Even though I'd like to see my kids grow old, I understand that every day is precious, yet uncertain. I live with the best intentions that everything is going to be okay until it isn't, and when that happens, I'm free to just let go.

What inspired you to become an author?
Simply put: reading. Reading is the quintessential ingredient for writing. I wrote short stories and poetry all the time as a young child until I became glued to film during my teen years—that's when I delved into screen-writing. Most of my writing was for me and my little inner world of fantasy, escapism, and just pure entertainment. I never at any time dreamed I would grow up to become a writer.

What was the main inspiration for your most recent book?
My original inspiration behind this series came from this comic book concept about two unlikely heroes battling the normal mundane trials of teenage experiences in high school. This story has turned into something bigger than what I had planned. After a brief stint negotiating a deal with a well-respected Marvel comic book artist, I finally decided to shelve the idea of the Last Light Falling comic and focus solely on the novel.

But the true inspiration falls back to my very own kids, Gabriel and Mikaela—my two unlikely heroes in this novel. The characters created are solely based on my children's personalities, and it's scary how close they really are.

Who influenced you the most in life?
My grandfather. From ten years old to nineteen, I learned everything about financing to applied business under my grandfather's hand in his paint store. But it was the daily mopping and toilet scrubbing that I embraced with contentment—the start of humility my life needed.

Hard work was a common practice in my young life—toiling the fields, maintaining a lavish edible garden, managing our small orchard, and shearing several acres with a push mower. My work ethic was spawned from the paternal efforts of my grandfather.

Whether it was embracing humility, serving others without accepting anything in return, or giving my time to those needier than me, the one thing he told me that I never forgot: wear as many hats as you can.

What is the kindest thing someone has ever said and or done for you?
There have been many, but one that always stays with me is the time I was on vacation with my family when I was eight years old. I was playing on the playground at a KOA park and this punk kid was bullying me. He pushed me down and wouldn't let me get up. He was probably 11 years old or so. Suddenly out of no where this girl about nine pushed him away and punched him in the stomach. She took my hand and lead me over by the swings and told me not to worry. We held hands the rest of the day. Wish I knew where she was today.

Do you have a favourite author? (Or name a few)
C.S. Lewis and Tolkien without a doubt for their courageous unsolicited effort to go against the pretentious grain of the book publishing world during their time. They both have created timeless characters and stories to which have inspired many to follow in there writing footsteps. Robert Lewis Stevenson and Jack London, two of the greatest authors of our time, for their masterful real-life characters and colorful story telling through prose and poetry.

What is the best writing advice you have ever received?
Never stop writing no matter what people think of it. Write because you love it, not to please people.

Did you always want to be a writer and if not what did was the first thing you wanted to be or do?
Not really. I always wanted to be a late night talk show host, or own my own restaurant.

Do you like to listen to music while you write? If so, who are your favourite artists?
Absolutely. I love listening to soundtracks. It really get;s you in the mood for certain scenes. I have a very eclectic music library, so I really couldn't pinpoint a favorite.

What helps you write when you're stuck and or have writer's block?
Ha! Get on Netflix. Not sure that helps though. Writer's block is no more than procrastination.

After a long day of writing etc, do you have a favourite tv show you like to watch?
Doctor Who

What are you working on currently?
I'm delighted to be almost done with book III, Last Light Falling - Kingdoms Of The Ten (working title), but no spoilers here I'm afraid. Your welcome to visit my website to get a sneak peek of the cover this Winter.

When you're not writing, or working, what do you like to do?
Play my drums, be outdoors, anywhere. Make movies with my kids.

What are some of your most favourite books of all time?
To Kill A Mocking Bird, Return of The King, The Hobbit, Friday Night Lights, and just about any Stephen King novel.

Which of your characters do you love the most and why?
No doubt, Arena. It was so easy to create and develop her character because I mirrored her traits and personality from my own daughter. But the mundane trials she grows up with and faces in the story are based on my own personal experiences. I just thought it would give the novel better appeal if I vicariously lived them through this 15 year old girl.

Which of your books are you most proud of?
Last Light Falling: Into The Darkness, Book II. I spent over a year on this book.

What is the title of the last book you read/was it good or bad?
Over The River and Through The Woods by Kylie Jude. Loved it.

Is there anything specific you'd like to try writing about in the future?
I love physiological thrillers. I have so many ideas waiting for me.

What is an interesting or hidden talent you have?
I'm a professional drummer, certified chef, classically trained carpenter, and a certified English/Literature teacher 5th grade - 12th grade.

If you could have one super power, what would it be and why would you choose it?
That's easy. My two favorite characters are The Flash and Wolverine. I would definitely have super speed like the Flash because you can go so fast that you can teleport, run on water and fly on the clouds. Also, I could run to Italy, pick up an authentic Italian pizza and come home to watch my favorite show in less than an hour. I could also out run bullets. Travel back in time like the Flash too. Come on, how is that no awesome?

Is there anything else you'd like my readers to know?
If you're looking for suspense, adventure, and a large dose of gratuitous violence, the Last Light Falling series will be sure to supply it for you. I'd like to think this isn't your typical run-of-the-mill, cookie cutter apocalyptic novel. It brings with it a bit of controversy about the human existence and the plight to which it extends after death. Whether or not you believe in a deity over our being, this story will entertain. It's graphic, raw, and real, and it will leave you wondering if our current state of being will evolve into something as horrific as it does in the novel. It's scary to think how brooding our political state is in to the possible future it may become. This book will give you a glimpse into a conceivable future that is both disturbing and evil. It will leave you with more questions than answers, but it will surely make you think what our political leaders in this world are capable of creating. This first person character driven story isn't aimed to preach or convert. It's merely an interpretation of the book of Revelation that is aimed at entertaining and nothing else. What you get out of it as a reader will come from your own imagination and convictions. This isn't about the end of the world as much as it's about the characters trying to survive in it.

Where can we find you on social media?
Twitter: @lastlightfallin 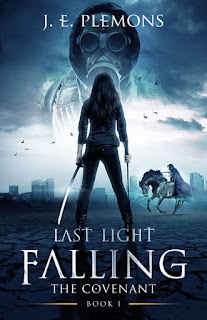 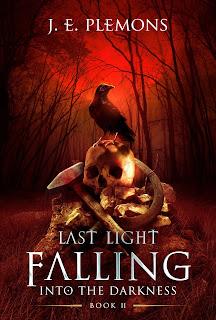 Quest for the Silver Mustang
by Janice M. Ladendorf
tagged: first-reads and currently-reading